As writers and academics we fear having our work criticised as clichés; yet, we continue to repeat and overwork certain ideas of the brink. If we are to believe Marshall McLuhan, “it is the worn out cliché that reveals the creative or archetypal processes in language as in all other processes and artefacts” (Cliché to Archetype 127). The pursuit of newness requires us to label precursors as old and eventually worn out, thereby rendering them cliché. At the same time, a phrase, symbol, or trope would not be used to the point of cliché if it did not continue to strike a chord with so many artists or thinkers. Clichés are cultural relics reread and relocated as benchmarks for new art and interpretation. 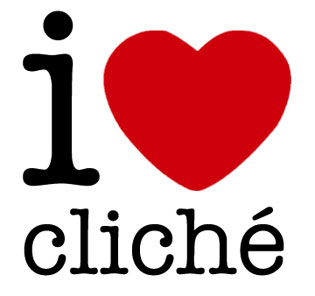 Gilles Deleuze argues that cliché comes pre-printed on a blank canvas, and though the artist attempts to subvert cliché, the action is too intellectual or abstract and the result is either the same cliché risen from the ashes or disguised as a parody. Similarly, Umberto Eco argues that by employing multiple clichés a narrative moves beyond the creators’ control. These writers suggest that cliché has a sentience or at the very least a pulse in our culture. If clichés are unavoidable or perhaps even necessary, why are they feared or disdained? What are the parameters that move an idea from archetype or symbol to cliché? When, if ever, are clichés appropriate? It seems that you can’t keep a good cliché down, that you’re damned if you do and damned if you don’t, but perhaps if cliché is handled properly, all’s well that ends well.

FORUM is an Open Access journal. All material is licensed under a Creative Commons Attribution 4.0 International (CC BY 4.0) licence, unless otherwise stated.